Getting Started with Distributed Backups in YugaByte DB

YugaByte DB is a distributed database with a Google Spanner-inspired strongly consistent replication architecture that is purpose-built for high availability and high performance. This architecture allows administrators to place replicas in independent fault domains, which can be either availability zones or racks in a single region or different regions altogether. These types of multi-AZ or multi-region deployments have the immediate advantage of guaranteeing organizations a higher order of resilience in the event of a zone or region failure. However, it is still a good idea to have a reliable and repeatable backup strategy. For example, as an administrator you may need to restore a database to undo a logical data corruption caused by an application bug.

In this post, we review the distributed backup architecture in YugaByte DB as well as the configuration and results of multiple backup/restore operations on a multi-AZ, single region cluster.

The backup process in an eventually consistent database such as Apache Cassandra must read from all the replicas for the backup to have a coherent copy of the data. This limitation often leads to bottlenecks caused by the system’s demand for increased system resources (disk, IO, CPU). Unlike eventually consistent databases, YugaByte DB uses strongly consistent replication that’s based on Google Spanner’s per-shard distributed consensus architecture. This architecture enables very efficient backups and restores. YugaByte DB’s distributed backups read data only from the leaders of various shards and do not involve the replicas at any time in the process.

Additionally, YugaByte DB’s Log Structured Merge (LSM) storage engine design enables a very lightweight checkpoint mechanism. A checkpoint is taken for each shard at the leader without requiring any expensive logical reads of the data. The compressed on-disk storage files from the leader of each shard are copied in a steady, rate-limited manner, to the backup store with minimal impact on the foreground operations.

YugaByte DB currently supports table level backups and restores. The backup stores themselves can be a cloud object storage endpoint such as AWS S3 or an NFS storage location.

YugaByte DB can be configured to have an Amazon S3 or an NFS endpoint as a backup store. In our example, we use an S3 bucket that’s been configured for the us-east-1 region (the same region where our YugaByte DB cluster will be created). Note that this backup store is now available to all clusters managed using the same YugaByte DB Enterprise Admin Console.

We first create a 6 node cluster on AWS with replication factor 3. The configuration details of this cluster are noted below.

Next, we spun up a process to load data into the source cluster at a steady rate using the CassandraKeyValue sample application.

The YB-Master Admin UI below shows all the YB-TServer data nodes and their real-time read/write performance under the workload. It also highlights additional cluster details such as:

The screenshot above was taken when the data load process was about 50% done, or 2 billion records loaded. Each node has about 290 GB at this point of time.

The system stats below serve as a baseline for comparing the effect of performing a backup on a cluster that’s actively executing write intensive workload. Note that the system is performing about 40K insert operations/second and CPU is about 70-75%.

At the start of the backup operation, we see a brief dip when every tablet is being flushed and a checkpoint was taken. Aside from that, we see that throughput does not drop much when backups are underway. CPU usage remains about the same but disk and network activity is higher. This is expected since backups have to transfer the data from disk over the network to the target (S3).

Restore #1 into a separate cluster

Restoring into the new 5-node cluster took 2 hrs (from 5:21 pm to 7:20 pm). Restore operations are indeed going to take longer than the original backup because the restore has to create 3 copies of data whereas the backup only has to transfer 1 copy of the data. However, there is an additional detail worth pointing out.

According to above screenshot, the backup finished at 7:20pm. However, much of the disk write activity related to the restore was already complete by 6:35pm.

We then initiate a second backup and at this stage, each node had about 570 GB of data. This results in a total compressed on-disk data set of about 3.4TB. (See screenshot above.)

This second backup took about 2 hrs to complete (8 AM-10 AM) as seen from the system graphs below.

As we can see below, during the 2 hrs there’s hardly any observable dip in traffic:

After the backup completes, we restore the data back into the original 6 node cluster. The restore takes 3 hours to complete given the data involved is now 2x in size. To verify the integrity of the restore operation we used the CassandraKeyValue sample app (which has built-in data verification) to perform random reads across the key space and verify the correctness of data.

The results showed no errors!

System stats during the restore operation show a spike in the disk reads towards the end of the three hour process. This spike coincides with the “checksum verification” step we observed in the previous restore operation.

Backups and restores in YugaByte DB are designed to work on large data sizes (multiple TBs) and that too without any impact to the foreground performance observed by application clients. The core design advantage can be attributed to the per-shard distributed consensus based replication architecture as well as an efficient LSM storage engine. Operations engineers responsible for running mission-critical clusters with zero data loss can be rest assured that the backup/restore operations are highly reliable and repeatable irrespective of the type of workload the cluster is serving. 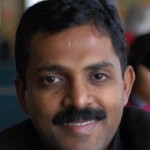 Categories: How It Works, How To, Performance Benchmarks, YugabyteDB 1.1