Introducing YugabyteDB 2.7: The Most Comprehensive Coverage of Kubernetes Environments for Microservices

YugabyteDB is the distributed SQL database of choice for building mission-critical microservices that deliver new customer experiences, improve operations, and drive innovation. We aim to make your experience of deploying and running YugabyteDB on any infrastructure seamless, be it Kubernetes, VMs, or bare metal across private, public, and hybrid cloud environments.

With our latest release, YugabyteDB 2.7, we have added updates to give developers the scalability and resilience they need from systems of record for their microservices. The release also includes capabilities that empower operations teams to deploy and run YugabyteDB across regions and clouds in enterprise Kubernetes environments for resilience.

Let us start with a quick rundown of what’s new in this release before going into the details.

With YugabyteDB 2.7, application developers can:

YugabyteDB extends the concept of PostgreSQL tablespaces for a distributed database behind microservices. PostgreSQL tablespaces allow administrators to specify where on a disk specific tables and indexes should reside based on how users want to store and access the data. Control over data placement enables fine-grained performance tuning, for example, by placing heavily accessed smaller tables and indexes in SSD. Figure 1: Admins and developers can use YSQL Tablespaces in conjunction with table partitions and/or duplicate indexes to pin data to specific regions to enhance user experience and compliance

YSQL Tablespaces repurpose this concept for a geo-distributed deployment by allowing developers to specify the number of replicas for a table or index, and how they can be distributed across a set of cloud/region/zones. Replicating and pinning tables in specific regions can lower read latency, improve resilience, and achieve compliance with data residency laws. For example, developers and admins can create duplicate indexes on the same column of a table and place these indexes close to users in different regions for fast access. Similarly, admins can partition a master table and associate the partitions with different tablespaces to pin the data geographically.

Recover YugabyteDB to Any Point in Time

YugabyteDB now offers point in time recovery (PITR), allowing a database to be restored to a specific point in time in the past. This time can be relative, such as “three hours ago”, or an absolute timestamp. PITR is a core database feature for business continuity and disaster recovery (BC/DR), offering protection against data corruption, app or operator errors, disaster scenarios, and other unintended database changes or losses. PITR enables granular data protection with a low recovery point objective (RPO) and minimal impact on the cluster.

Figure 2: The YugabyteDB Sink Connector for Apache Kafka provides a resilient, scalable way to transfer data from a Kafka topic to a YugabyteDB cluster

In addition to resilience, the YugabyteDB Sink Connector for Apache Kafka needs to have high throughput that scales linearly. A key advantage of using YugabyteDB Sink is that multiple Kafka Connect workers can connect to different YB-TServer processes. This balances load among multiple nodes for higher throughput, and improves resilience and availability in case a node goes down. To measure the performance of the integration, the YugabyteDB engineering team ran benchmarks on a three node RF3 YugabyteDB cluster. By scaling the number of worker nodes, we were able to achieve an ingestion rate of 110,000 messages per second (each message was about 60 bytes). In a follow-up blog, we will go over the details of the integration and the benchmark tests.

YugabyteDB supports TLS/SSL (Transport Layer Security/Secure Sockets Layer) to encrypt all network traffic between clients and server nodes as well as server to server communication for distributed query processing and data replication between nodes of a cluster. When TLS encryption is enabled, one of the major concerns application developers have is how it will affect either of those two paths — client-to-server and server-to-server — and introduce latencies. So we decided to test the performance impact by running TPC-C benchmarks. We found that enabling TLS does not have a large impact on the overall performance. Here’s a summary:

In effect, there is no significant impact to performance with TLS enabled unless you have a very high connection count where latency can increase a bit. Interested to learn more? Read the detailed blog on the TPC-C testing and analysis with TLS by senior data engineer Taylor Mull.

Confidently Deploy YugabyteDB in Kubernetes Environments of Your Choice

YugabyteDB Anywhere is available on the VMware Tanzu Solutions Hub. You can deploy and run your microservices and database clusters on VMware Tanzu across any cloud without lock-in. To deploy a Yugabyte cluster in VMware Tanzu environments, follow these few simple steps:

Deploy YugabyteDB in Multi-Cloud Kubernetes Clusters with No Performance Compromise

You can deploy YugabyteDB clusters in any cloud or data center anywhere, on VMs and containers. This flexibility frees organizations from lock-in, allowing them to pick infrastructure that aligns with their business and application needs. However, for some topologies such as deploying a single YugabyteDB cluster across multiple Kubernetes clusters, infrastructure configuration can get complex.

CAST AI and YugabyteDB radically simplify how you deploy, scale, and manage your applications and database clusters on Kubernetes in any configuration you choose. Whether you want to deploy a single database cluster across different availability zones in the same region of a cloud for resilience or across different regions in different clouds for extra availability, CAST AI allows you to do either with equal ease. Infrastructure automation and abstraction allow you to stop worrying about VMs, networks, storage, firewalls, and load balancers.

What is the performance impact of running YugabyteDB clusters across multiple clouds? To measure this, the CAST AI team ran TPC-C benchmarks two different scenarios:

Tests showed the performance impact of running YugabyteDB clusters across different clouds to be minimal – 3,774 transactions per minute (tpmC) with dual cloud vs 3,769 transactions per minute in the single cloud configuration. Interested to learn more? CAST AI has a tutorial that takes you through every step of building the above solution in about 10 minutes from scratch.

YugabyteDB Anywhere includes a powerful graphical user interface for managing fleets of database clusters deployed across zones, regions, and clouds from one place. Our enterprise customers rely on the YugabyteDB Anywhere console to deliver YugabyteDB as a private DBaaS through streamlined operations and consolidated monitoring.

Figure 3: The YugabyteDB Anywhere console can now be deployed in HA mode

To understand why this is important, let us look at what a YugabyteDB cluster looks like. A YugabyteDB cluster consists of two sets of servers, YB-TServer and YB-Master. YB-TServer, or the YugabyteDB Tablet Server, hosts and serves user data, and deals with all the user queries. YB-Master holds system metadata, coordinates system-wide operations, and initiates maintenance operations such as load balancing. These two sets of servers each form distributed services.

Decoupling the metadata service from the transaction service allows each to be configured and tuned independently to achieve better performance and resilience than if they were together in a single service. But these benefits come with a tradeoff – they make it more challenging to deploy a YugabyteDB cluster quickly across multiple servers because you now have to deploy two sets of services. yugabyted tames the complexity of starting multiple services across hosts with a simple daemon that allows admins to specify the desired topology and configuration as parameters.

At Yugabyte, we strive to be fully transparent and to that end we publish our roadmap on GitHub. The following are some notable callouts of features you can expect in upcoming releases. Note that the current roadmap is subject to change, as we finalize our planning for next releases.

A number of core database and YugabyteDB Anywhere features are on the roadmap, here a few key features that are being worked on for the upcoming releases:

We’re very happy to be able to release all of these enterprise-grade features in the newest version of our flagship product – YugabyteDB 2.7. We invite you to learn more and try it out: 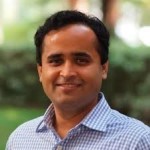