Many users in the YugabyteDB community simply love the velocity with which new and exciting features are introduced through frequent releases. However, as more and more business-critical applications start depending on YugabyteDB as the system of record database, there is an increasing need for enterprises to operate existing versions in production longer and avoid adopting fast-moving releases which can go through radical design changes. It’s clear we have different groups of users, each with important needs: those who need to go into production now with the generally available features, and those who need access to the latest and greatest features now with plans to go to production in the future.

To address the needs of all our users, we decided to adopt a new versioning system that is not only flexible but also has a rigorous and predictable schedule. Starting now, Yugabyte uses a new release versioning convention, separating out stable and latest releases.

Let us quickly take a look at how the new version numbers work with our upcoming release schedule (subject to change).

When downloading YugabyteDB, you can select the latest or stable version as shown below.

So the aim here in this post was to explain the new release lifecycle and how release versioning works in both YugabyteDB and YugabyteDB Anywhere going forward. This versioning makes it much easier to ensure that Yugabyte continues to bring new features to the market at a rapid pace, while also communicating to our users about stable releases, our maintenance policy, and when it is time to upgrade.

If you have questions about this new process, check out our documentation for more details or let us know in our Slack channel! 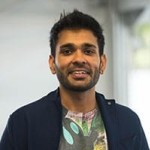